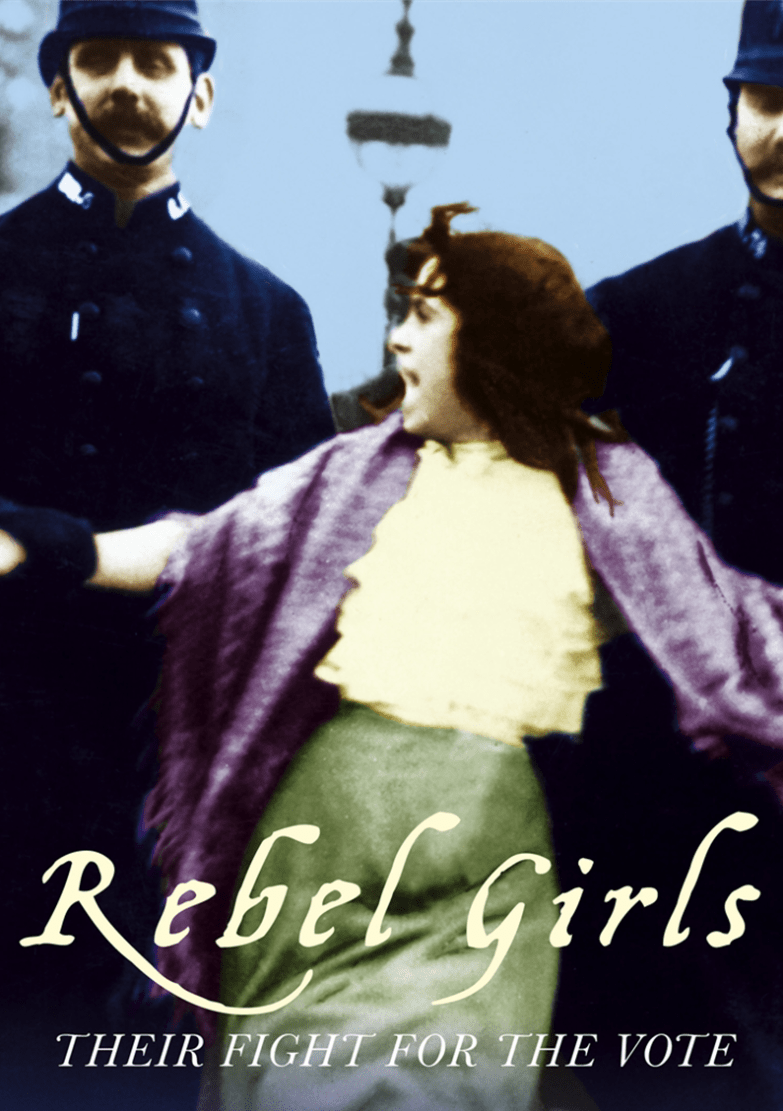 A Century of Female Suffrage

To mark this anniversary, we asked some of our Virago authors to share their Feminist Must Reads – books that have inspired, emboldened and even enraged. Consider it a guide for growing your own Feminist Library.

My early feminist tendencies were very definitely inspired, encouraged and enhanced by Fannie Flagg’s Daisy Fay and the Miracle Man. On the surface, it’s not an obliquely feminist text but buried amid beauty pageants, drunk fathers and fragile mothers, I found a message of strength and empowerment in the lead character, Daisy Fay and her friends.

To some readers this book will be about Americana in the 50s, to some it will be about small-town life and breaking families. For me, as an early teenager, it was about a young woman coming of age and being brave, honest and wicked funny. My road to feminism has always been paved with those traits and this book was an important part of that journey.

Unless by Carol Shields is a graceful and angry novel about women’s lives and the restrictions placed upon them. Its heroine, a sunny and clever writer named Reta Winters, is struggling to live life in her own character under the cauterising sadness that follows her eldest daughter’s decision to leave home to live on the streets. It’s a novel in which rage and even despair are shown to make you see more clearly, and better understand the world. It’s brilliant about friendship too.

Sarah Dunant, author of In the Name of the Family

The long march of feminism has many slyly triumphant moments along the way. Australian writer, Miles Franklin’s early life, as recounted in her luminous My Brilliant Career, is testimony to what a young woman can achieve through imagination and force of character. It is both a charming novel and a perceptive autobiography.

June Eric-Udorie, author of the forthcoming Can We All Be Feminists?

The book that really spoke to me as a queer Black woman was Audre Lorde’s Sister Outsider. I remember reading it at 17 and feeling like someone finally saw me. Today’s feminist movement is not intersectional – even this anniversary feels weird to me because suffrage wasn’t granted to women like me – and Lorde’s writing calls for a feminist movement that is concerned about all women, and seeks liberation for all of us. It’s inspired my politics, her along with Alice Walker, Angela Davis and Patricia Hill Collins, to fight for a feminism that is for all women.

I toyed with allegiance to Mansfield Park and the acumen of poor relation Fanny Price in holding out against her suitor Henry Crawford who holds all the cards — sexiness, social standing, fortune — while deploying these to prey on women. But I’m going to plump for a South African novel I adore for its intimacy and humour about a single mother with whom insomniacs connect on her nightly phone-in programme on radio: Homemaking for the Down At Heart by Fenuala Dowling. It celebrates communicating as a solace for domestic burdens.

Kate Millet’s Sexual Politics had a huge impact on me when I read it as a first year English student in the early seventies. I was studying in a department dominated by the influence of F. R. Leavis and his deification of D. H. Lawrence. Kate Millet made me see literature in a completely different way. It was radical and iconoclastic, a complete break with what had gone before. It was about sex and power and from then on, I could take nothing I was taught for granted.

I choose Maxine Hong Kingsto’s The Woman Warrior: Memoirs of a Girlhood Among Ghosts.

I received a battered paperback of this enthralling book and savoured its beauty—asking me to consider the status of women in both the Chinese diaspora and Western cultures, and to weigh the importance of memory and storytelling between mothers and daughters in immigrant families, and indeed, in my own. At times controversial, fanciful and folklore-driven, few other books have so poetically drawn out an undercurrent of emotion I’d long felt but been unable to articulate.

The Life and Death of Harriett Frean by May Sinclair. A quietly savage exploration of the lives ruined by misogyny, it filled me with horror and fury. An unjustly neglected modernist classic.

When I was 16, my much older friend Tom raised his eyebrow when I told him that I wasn’t a feminist. Back then, I had failed to see the point, because as far as I could see, the women around me didn’t look or seem oppressed. He gave me Woman Hating by Andrea Dworkin and I still remember the first page: a list of evil queens and witches in fairytales, followed by a list of named princesses. She quickly made the distinction that to be a good woman was to let things happen to you, and to be evil was to make things happen for yourself. That was a huge lightbulb moment for me: it was so simple, but it said so much about the stories we tell ourselves about women.

Julia Pierpont, author of The Little Book of Feminist Saints

For any woman going through disappointment, a heartbreak of whatever nature, I urge them to read Willa Cather’s Lucy Gayheart. Lucy’s revelation is to ask, ‘What if Life itself were the sweetheart? It was like a lover waiting for her in distant cities – across the sea; drawing her, enticing her, weaving a spell over her.’ It is in her life, the world around her, that she finds joy, and that is a well that will never run dry.

Sonia Purnell, author of First Lady and the forthcoming A Woman of No Importance

It has to be My Brilliant Career by the Australian writer Miles Franklin, which I read in my late teens. It is a painterly account of a young, rebellious woman of the early twentieth century, who is forced to conceal the ‘heavy curse’ of her cleverness – or, she puts it, the affliction of the power of thought. She ultimately rejects the ‘torturing maddening monotony’ of the life choices expected of her (effectively either wife or governess) because her ambition and spirit remain, against the odds, as boundless as the mighty Australian outback. It’s a book infectious with its energy and belief.

Rachel Seiffert, author of A Boy in Winter

Their Eyes Were Watching God was a revelation to me in my late teens; now considered a classsic of the Harlem Renaissance – indeed, of the twentieth century – legend has it, Zora Neale Hurston wrote the novel in an intensive six weeks of white hot creativity. The prose is lyrical, spirited; Janie, the protagonist, is still lodged firmly in my heart: all her loneliness and longing, all her joy and satisfaction. Husbands, she decides, are just ‘things to drape her dreams over’; she chooses the hard path, every time, but it’s her own path.

Una, author of Becoming Unbecoming and the forthcoming Eve

There are so many books that woke the feminist in me, too many to mention, and it took time to find my way. I grew up reading P. G. Wodehouse, Graham Greene, Evelyn Waugh – books my well-meaning father had chosen for me – and didn’t even read Jane Austen till I was in my twenties. I assumed authors and protagonists were men and I had read To Kill a Mockingbird twice in my teens before I realised it was written by a woman, about a girl. Accordingly, all the books that shook my core came to me after maturity. Beloved, of course, A Room Of One’s Own, surprisingly, but today I’m going to choose Bad Blood by Lorna Sage as the book that had the biggest influence on my writing, because of the imaginative depth of this memoir about everyday dysfunction and my own profound identification with Sage’s story of how girls grow up.

Charlotte Bronte’s Jane Eyre is a complicated novel for a feminist reader to enjoy, because Jane’s success in life and love depends on the silencing of another woman – the ‘madwoman in the attic’, Mr Rochester’s first wife, Bertha. So, no one should ever read Jane Eyre, I think, without also reading Jean Rhys’s brilliant reimagining of Bertha’s life, Wide Sargasso Sea. But Jane is such a great character – outspoken, unafraid, demanding that her story be heard, demanding that she be given respect as the centre of a story. ‘Do you think,’ she challenges Rochester, ‘because I am poor, obscure, plain, and little, I am soulless and heartless? You think wrong!’ The words could be used by any minority community as they bravely face down their oppressor.

We’d love to hear your reading recommendations. Which books have emboldened you? Which writers inspire your demands for equality?

Let us know on Twitter and help us embolden others.

To learn more about the history of women’s suffrage, you can read Suffragettes: The Fight for Votes for Women by Joyce Marlow (published by Virago) 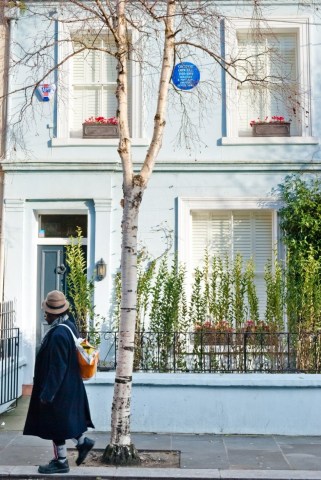 Where are all the blue plaques celebrating women?

Great Feminist Quotes to Inspire You this Christmas

I Call Myself a Feminist – do you?