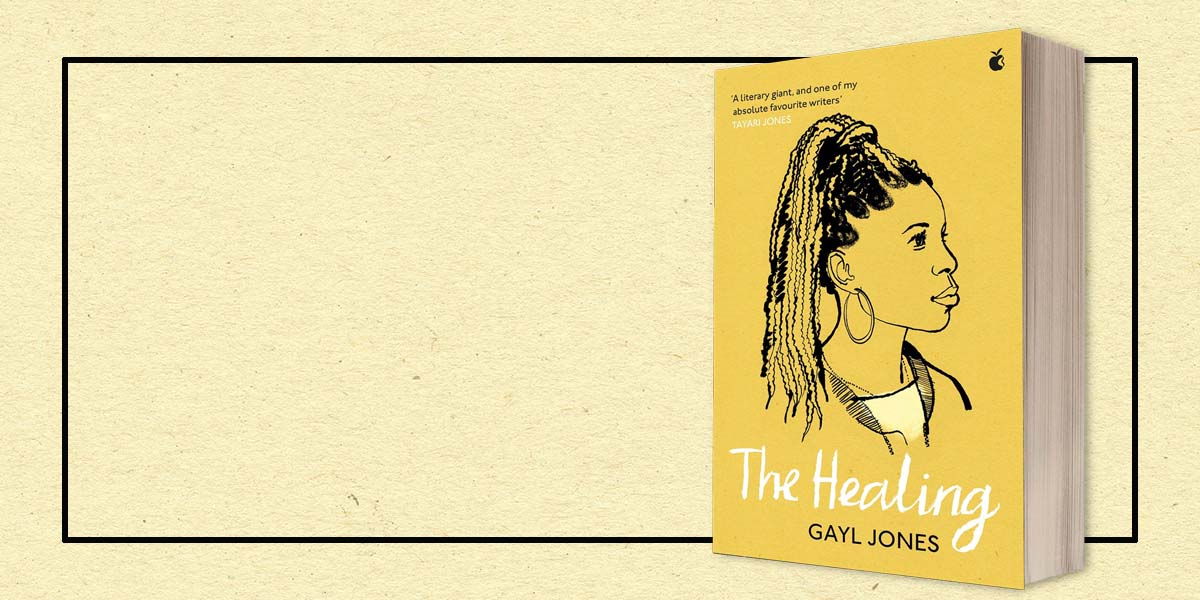 Following faith healer, Harlan Jane Eagleton, The Healing is a beautifully-written portrait of this woman’s past and how she came to her first healing.

I open a tin of Spirit of Scandinavia sardines, floating in mustard sauce. The woman on the bus beside me grunts and leans toward the aisle. She’s a smallish, youngish, short-haired woman, small Gypsy earrings in her ears, looks kinda familiar. I offer her some of them sardines, but she grunts and leans farther toward the aisle. I nibble the sardines with one of those small plastic forks and stare out the window. The sun hitting the window makes a rainbow across a field of straw pyramids. There’s a few horses and cows grazing in the meadow, a whitewashed barn and a farmhouse, one of them three-story farmhouses, and there’s one of them little tinroofed sheds built onto the farmhouse. It looks like one of them painted scenes, you know the sorta landscape paintings you can buy at them flea markets. Or the sort of landscapes that you see on television, where the different artists teach you how to paint pictures. You can learn how to paint pictures in oil or watercolor, and they teach you the secrets of painting and make it seem like almost anyone can be an artist, at least be able to paint pictures in their style of painting. A Bible’s open in my lap. I’m holding it cater-cornered, trying to keep the sardine oil off the pages, or the mustard sauce. When I finish the tin of sardines, I drink the mustard sauce. The woman beside me grunts again. I glance over at her, at them Gypsy earrings. She’s got smallish, almost perfect-shaped ears, and is a little but full-mouthed woman. Most people likes sardines, or likes the taste of them sardines, but maybe she thinks it’s too countrified to be eating them sardines on the Greyhound bus, even Spirit of Scandinavia sardines. Ever since I seen that movie about the middle passage, though, and they talked about them Africans coming to the New World being packed in them slave ships like sardines in a can, and even showed a drawing of them Africans, that’s supposed to be a famous drawing, so every time I eat sardines I think of that. Of course, I still likes the taste of that, and I don’t think she refuse them sardines on account of that metaphor, though, ’cause I’m sure there’s plenty of people eats sardines and don’t think of that metaphor. I deposit the tin in a plastic bag that’s already brimming with paper cups, Coke cans, and crumbled paper napkins, then I open a bag of corn tortillas, you know the ones usedta use the bandito to advertise themselves, till the Mexican-American people protested about that bandito, though I remember hearing a song once about a real bandito, not one of those commercialized banditos, but one of those social bandits that the people themselves sing about, like they’re heroes.

You teach Sunday school? the woman asks, her head still tilted toward the aisle.

Naw, I’m a faith healer, I say. I give her one of my brochures.

I start to ask her whether them sardines reminds her of the middle passage, but I don’t, ’cause everybody, like I said, don’t think of that metaphor. So I just give her one of my brochures. That brochure don’t have no famous drawings in it, like the middle passage, though. It just got a few clippings talking about the people I’ve healed, some of them famous, but mostly ordinary-type peoples.

She don’t say anything, and don’t look at the brochure, though she’s probably thinking a brochure commercializes the profession of faith healing, that is, if you can call faith healing a profession. I think she going to put that brochure in that trash bag with that sardine can and them paper cups, Coke cans, and crumbled paper napkins, but she don’t, she put it in her pocketbook, one of them Moroccan leather
pocketbooks, look like real Moroccan leather, not that imitation Moroccan leather. Course some people say that that real Moroccan leather don’t look no different from the imitation Moroccan leather, ’cause the people that makes imitation Moroccan leather is more subtle and sophisticated than in the old days when you could tell imitation leather from real leather. You can buy you imitation purses these days, even Gucci, and think it’s real. When she put that brochure in her pocketbook, though, I see one of them paperback books peeking out. I don’t see the title of that book, though it seem like it the name of some kinda insect, a mosquito or something like that. Maybe it’s a book about them African mosquitoes. I know about them African mosquitoes. And them Caribbean mosquitoes. I got me a friend nicknamed Mosquito, though she ain’t named after none of them African or Caribbean mosquitoes. Her real name Nadine. I don’t call her Mosquito myself, I call her Nadine. And she also got coupla them magazines, I mean the young woman I give my faith healing brochure. I’m thinking maybe she’s reading Essence or one of them type magazines, you know, for the African-American woman, but it ain’t, it’s Scientific American and Popular Culture. It look kinda like National Geographic ’cept it say Popular Culture. I like that National Geographic myself. But them Americans on the cover of the Popular Culture magazine with they tattoos and nose rings and sculptured and painted hairdos kinda look like the kinda folks you usedta just see in the National Geographic-type magazines. But now people all over the world look like they could be in them National Geographic-type magazines, and not just the so-called primitive peoples.

Gayl Jones’s work remains essential and vital; I will be rereading her catalogue for the rest of my life – Kima Jones, Nylon. 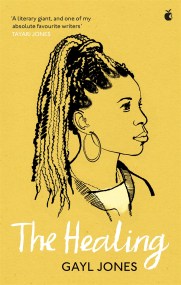 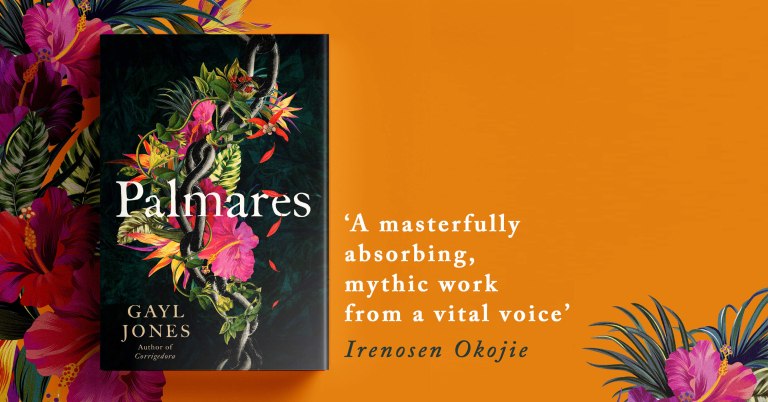