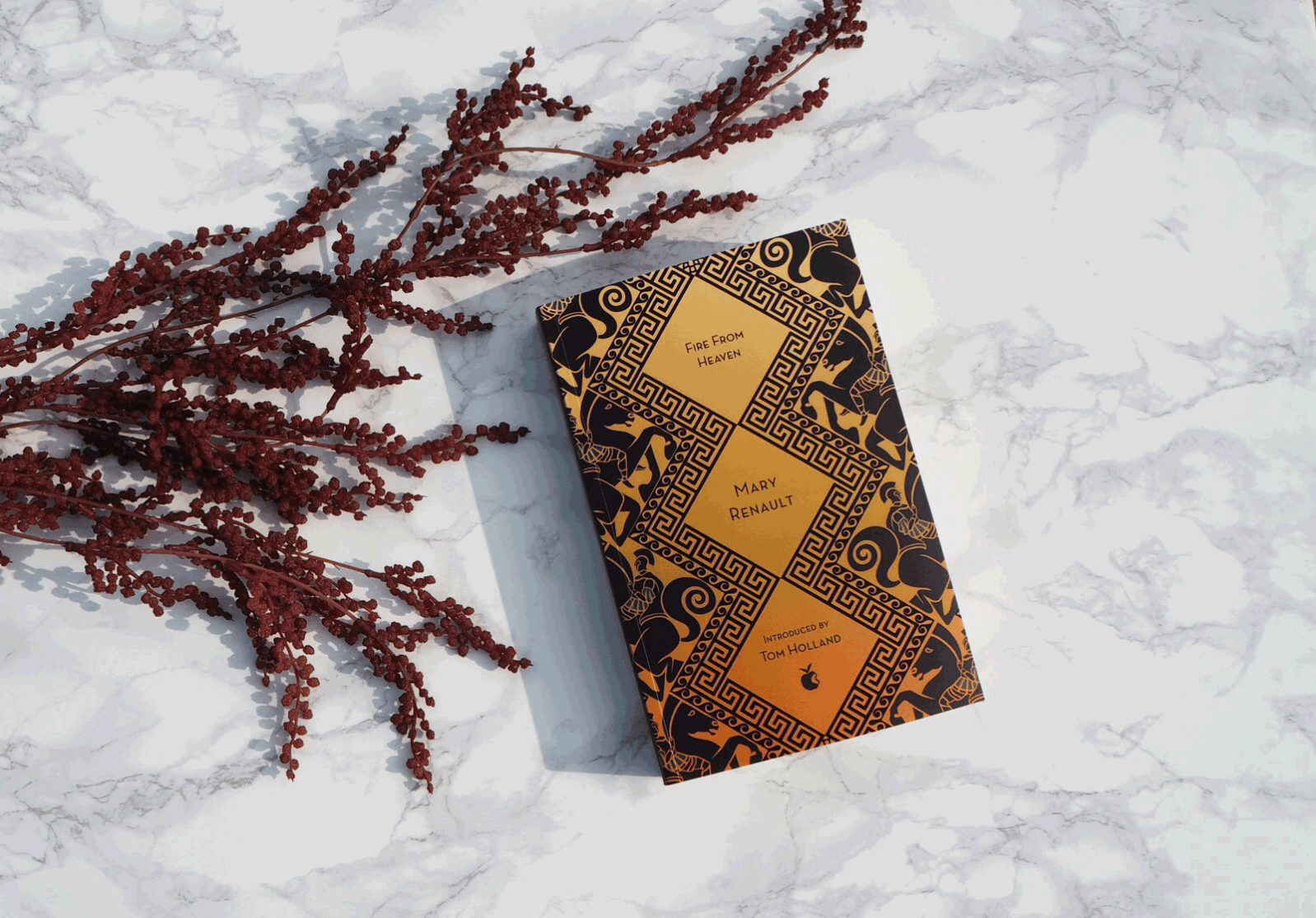 Fire from Heaven is the first in the Alexander trilogy, although each can be read independently. We happen upon Alexander, aged five, stirred awake during the night by a serpent. We are aware of Kleopatra in her cradle, as Alexander sets out to find his mother, Olympias. Alexander believes the serpent belongs to his mother and returns it to her but all is not as it seems. It is an intoxicating opening – visual from the outset – that pulls you in.  Immediately you sense Alexander’s spirit and dexterity, even as a young boy, which will serve him well throughout his life. Olympias says to him:

‘He knows you, she whispered. ‘ Tonight when he came be sure it was not for the first time. He must have come often, while you slept. See how he clings to you. He knows you well. He comes from the god. He is your daimon, Alexander’.

As a student at Oxford,  in the 20s, Renault discovered in Ashmolean Museum a treasure-trove of ancient art that would leave an indelible mark. Little is known of Alexander’s early life but embarking on her fictionalisation of his life, Mary Renault drew on a knowledge on antiquity, while using a novelists eye to flesh the past.  I adore learning about the ancient world and for me, Renault has knitted a wonderful story both mystifying and hypnotic.

In Fire from Heaven we see how the boy Alexander becomes the legend, shaped by his mother, and his father, King Philip of Macedon.  Had he no will of his own, they would have quite literarily torn him apart, in every sense.  Renault portrays him as a vain and petulant child, demanding to be Olympias’s favourite, “even more than the King”, and yet in later years, returning to his mother battle scared, it is Olympias who demands his attention:

‘I only counted on your love. Now I know better’, and it is she who is wounded.’

and daring to question his relationship with Hephaistion. Renault writes in her Author’s notes ‘His emotional commitment to Hephaistion is among the most certain facts of his life. He displayed an open pride in it.’ They ‘dressed much alike’ and on occasion were mistaken for one another, even by the Queen Mother.  Alexander took great strength from his friendship with Hephaistion, but it is these early years that would inform him the most; from his mother the machinations of politics and his father the will to face battle, supposedly killing his first man at the age of twelve and commanding Macedon’s cavalry at just eighteen.

‘A ruler,’ read Alexander, ‘should not only be truly a better man than those he rules. He should cast a kind of spell on them…’

Renault was ahead of her time, as Tom Holland says in his introduction, ‘… her novels repeatedly explore what it might mean to blur the gender divide. The paradox of Mary Renault, and the key to her greatness as a resurrectionist of antiquity, is that she was simultaneously ground-breaking and backward-looking, progressive and reactionary’.

Renault shows us the magnetism of Alexander as she takes the reader to this ‘vanished world’.

1. Mary Renault began the trilogy in 1953, and published in 1970, writing what some describe as the greatest coming of age novel.  Explore whether the political landscape could have shaped Renault’s representation of Alexander, particularly his relationship with Hephaistion.

3. Blood and lineage are everything, and some even suggest that Olympias killed her other children to protect Alexander’s claim.  To what extent does Olympias feel her position is greater than King Philip’s or certainly more noble, and what influence does Leonidas have on this family dynamic?

4. Most of the court tried not to take sides but what is the truth behind the King’s adoption of Arridaois as heir of Macedon and who is he?

5. Discuss the friendship between Alexander and Hephaistion. What sustained it and how did they nurture each other?