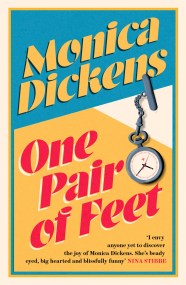 One Pair of Feet

INTRODUCED BY LISSA EVANS 'I envy anyone yet to discover the joy of Monica Dickens. She's beady eyed, big hearted and blissfully funny' Nina Stibbe…