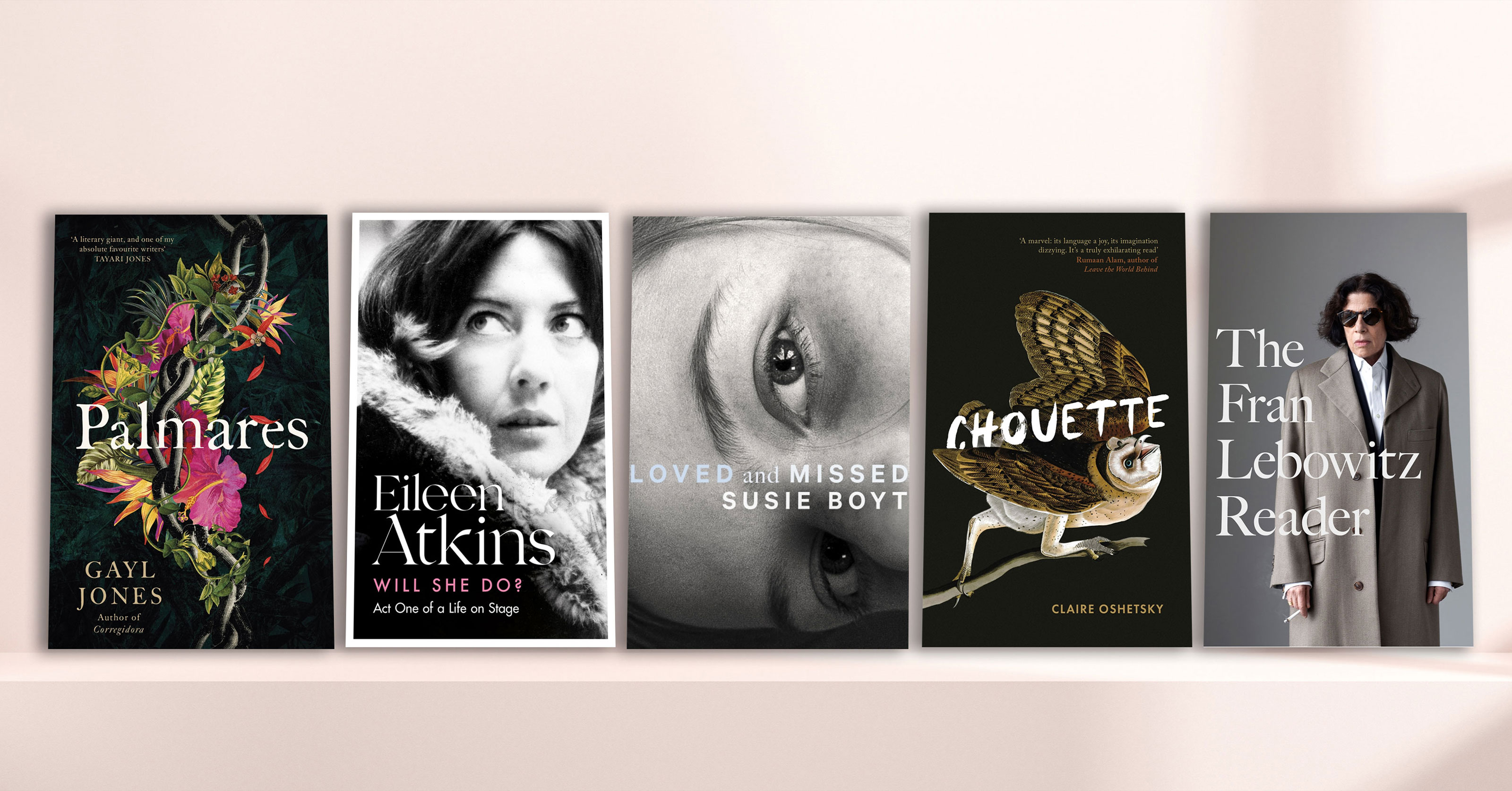 This autumn from Virago

I grew up in New England and autumn was always my favourite season as a kid: apple picking, trick or treating, the fireworks of maple leaves turning red, orange and yellow. It can also feel like a fresh start, but without the pressure or 3 pm sunsets of January. So what to read as autumn begins in earnest, and we go back to school, to the office, plan our Halloween costumes and prepare for darker evenings?

The three wise women of Virago

On our non-fiction list, we have a trio of incredible women leading Virago into the autumn – all of whom happen to be over 70. The three wise women of Virago, if you will. . .

You may have watched New York legend Fran Lebowitz on Netflix: her series with Martin Scorcese, Pretend It’s a City, became a lockdown hit. We’re delighted to be publishing a definitive collection of her essays, The Fran Lebowitz Reader, full of her trademark caustic wit and brilliant insights into the truth about life, including the wise advice: ‘Think before you speak. Read before you think’. And listen here to Fran Lebowitz discussing age – as well as marriage, gender, 70s New York and much more – on Woman’s Hour: https://www.bbc.co.uk/programmes/m000z6rv.

The Times has described A Tick of Two Clocks, the new book by Joan Bakewell – Labour Peer, author and famous champion of older people’s right to a good and fruitful life  – as ‘an inspiration to anyone who still finds old age too distressing a prospect to take seriously’. In this memoir, Bakewell gives an account of the emotional and courageous task of downsizing after fifty years in her home, and in doing so tells us a story of our times and how she is learning to live with both the old and the new.

Finally, Dame Eileen Atkins has written her first-ever memoir, recently praised by the Observer as ‘bliss: so funny and atmospheric and true’. Will She Do? is the story of a girl from a council estate in Tottenham, born in 1934 to an electric-meter reader and a seamstress, who was determined to be an actress – and whose career eventually spanned the British and American stage as well as TV series like Doc Martin, Cranford and The Crown. For a preview, read a recent interview with Eileen Atkins here: https://www.theguardian.com/culture/2021/sep/26/eileen-atkins-will-she-do-act-one-of-a-life-on-stage-interview. And listen out for an interview with Eileen on Virago’s podcast, Ourshelves, later this year.

The headline of a recent New York Times profile of Gayl Jones read: ‘She changed Black Literature forever. Then she disappeared’. First discovered and edited by Toni Morrison, Jones has been praised by writers including Maya Angelou, James Baldwin and John Updike – then she left the literary scene. But now Gayl Jones is back with Palmares, with her first novel in over twenty years, and everyone agrees it’s been worth the wait, with rave reviews already in from writers including Diana Evans and Irenosen Okojie. Set in seventeenth-century colonial Brazil, Palmares is an epic tale of love and liberation, which begins when Almeyda, a young slave girl, hears rumours of Palmares, a hidden settlement where fugitive slaves live free. But can this promised land exist? And what price is paid for freedom?

It’s also worth reading the New York Times profile, by Imani Perry, a fascinating look at Jones herself but also which writers get forgotten and rediscovered, and why: https://www.nytimes.com/2021/09/17/magazine/gayl-jones-novel-palmares.html.

This season we publish three strikingly original novels about motherhood:

Loved and Missed is the newest novel by Susie Boyt and is already winning praise from writers including Philippa Perry and Linda Grant. When your adored daughter is lost in a fog of addiction and you are left literally holding her baby with little else but a glut of willpower and a daring creative zeal, is it possible to triumph? A different sort of love story, this highly unusual and marvellously absorbing book is a moving tragicomedy by ‘a serious novelist who has blossomed into originality and who deserves a wide audience’ (Spectator).

A prize-winning tour de force when it came out in France, Violaine Huisman’s remarkable debut novel, The Book of Mother, is about a daughter’s inextinguishable love for her magnetic, mercurial mother. Beautiful and charismatic, Catherine, aka ‘Maman’, smokes too much, drives too fast, laughs too hard and loves too extravagantly; she also has violent mood swings and a flagrant disregard for personal boundaries. Ben Lerner describes it as ‘a charged portrait of a vibrant and destructive woman as imagined by the daughter who believed it was her job to save her’.

When Tiny gives birth to an owl baby, her daughter is immediately an outlier in a world full of humans – but Tiny is determined to allow her child to be herself. Inspired by the author Claire Oshetsky’s own experience of parenting non-conforming children, Chouette is a fierce, dark fable that will grip you in its talons and never let go. Writers lining up to sing its praises already include: Rumaan Alam (‘A marvel’), Claire Lombardo (‘Stunning’), Catherine Cho (‘Hypnotic’) and Rachel Yoder (‘Breathtaking’).

Finally, if you’re looking for the perfect Halloween read, I’d like to highlight two brilliant anthologies from our backlist. Hag: Forgotten Folktales Retold is an unforgettable collection of British folk stories re-imagined by writers including Eimear McBride, Liv Little and Imogen Hermes Gower. And The Virago Book of Witches, edited by Shahrukh Husain, gathers over fifty stories of witches, enchantresses and wise old ladies from around the world, China, Siberia, the Caribbean, Armenia, Portugal and Australia. 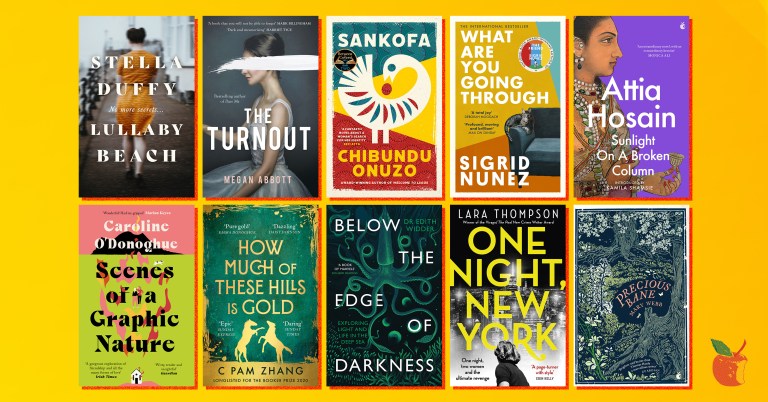 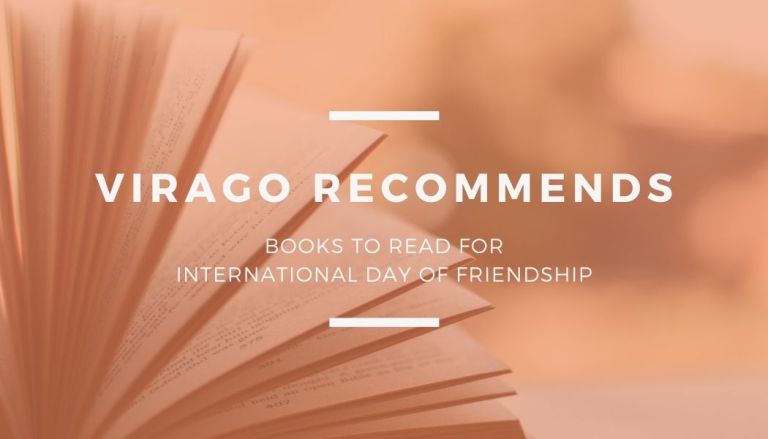