In one of the poems of his later life, Thomas Hardy mused upon the devastation caused by the First World War, and called it ‘A Time of the Breaking of Nations’. Like the revolutions of the 1800s, the wars of that century and the next both continued and contributed to the collapse of regimes, dynasties and countries all over the globe. One of the lessons of history is that in a time of the breaking of anything, women make gains. As traditions are abandoned and conventions swept away, vast swathes of the restrictions and obstacles holding women back are gone, often for ever and often overnight. War changes all women’s lives, though they may never see action or hear a shot fired. When men make war, women get a chance of breaking out of the humdrum routine of their quiet, conventional lives. As the old world broke down, then, the birth of the new offered western women and girls strange and varied opportunities to improvise, to innovate, to act.

One who did that and more was Florence Nightingale. Like many young women of the time, she was born to parents who wanted her to be educated and high-minded, but expected no more for her than marriage and a comfortable family life. So her father taught her Latin, Greek and maths, and encouraged her to add modern languages to her repertoire, while her mother took her out helping the poor and visiting the sick, to instil a sense of duty and responsibility for those less fortunate than themselves. When Florence decided at the age of twenty-four, however, that she wanted to put her experience to practical use and become a nurse, that was out of the question. It was no job for a lady, and a real lady would never want or need a job.

Defying her parents was only the first act of rebellion that Nightingale undertook. Using an allowance that her father had given her to claim her independence, she joined the Institution for Sick Gentlewomen in London, where she discovered her talent for planning and administration, a skill never previously needed in her life at home. In 1853, the war in the Balkans offered an outlet for her outstanding drive and her mission to do good. Despite the clear and present danger of heading off into a battlefield, she seized the opportunity with both hands, acting on her own bracing belief, ‘Rather ten times die in the surf, heralding the way to a new world, than stand idly on the shore’.

Like all her rebel sisters, Nightingale changed history and helped to shape the modern world. She succeeded so well that she became world famous, immortalised as ‘The Lady with the Lamp’, an icon of tender womanhood selflessly caring for men. In the deep religiosity of the time, this image also carried a strong association with the much-loved Holman Hunt painting of 1853, ‘The Light of the World’, where Jesus is portrayed as a saintly figure in the shadows carrying a light to enlighten humanity.

And here it is, the origin of the ‘Lady with the Lamp’ story of ‘the heroine of the Crimea’, from the pen of the legendary war correspondent of The Times of London, William Russell:

She is a ‘ministering angel’ without any exaggeration in these hospitals, and as her slender form glides quietly along each corridor, every poor fellow’s face softens with gratitude at the sight of her. When all the medical officers have retired for the night and silence and darkness have settled down upon those miles of prostrate sick, she may be observed alone, with a little lamp in her hand, making her solitary rounds.

All together now, aaaaahhhh!

Sadly, like all good stories, this one is too good to be true. ‘The heroine of the Crimea?’ She was based in Scutari, hundreds of miles away. ‘Gliding round the wards’? Her achievement lay in organising the wards and training the nurses to run them, and her tough-minded, austere nature would have revolted at the idea of milking the gratitude of sick soldiers by playing the Angel of Mercy at the dead of night.

And the ‘Lady with the Lamp’? In reality, Nightingale was known to the troops as ‘The Lady with the Hammer’ after she broke into a locked storeroom to release much-needed medical supplies, in defiance of a military commander who had blocked her every move. They revered her for it, of course. But as Russell knew, a powerful, belligerent, rebel woman was far too coarse and unladylike for the readers of The Times, so in the finest traditions of journalism, he simply made it up.

‘Never let the facts interfere with a good story’ could have been Russell’s motto. And the sentimental, saccharine fiction he created was lapped up by the good folks back home and swallowed round the world. It continues to this day, distorting the memory of Nightingale for all time. As a matter of fact, she had no formal training, and never worked as a nurse. Important as her work at Scutari was, and the nursing school she founded at St Thomas’s Hospital in 1860 offering the world’s first secular training for women who wanted to be nurses, not nuns, all this was only a stepping stone to a life of change and reform. Her powers lay in a lifetime of rebellion against stale ideas, outmoded practices and the sterile repressions of custom and tradition that stifled innovation and perpetuated suffering, sickness and death. All this she felt strongly she could change. ‘Were there none who were discontented with what they have,’ she said, ‘the world would never reach anything better’.

Back in London, she was bed-ridden for most of her life with an illness thought to be ‘Crimean fever’, a virulent form of brucellosis. Nevertheless, she continued waging war on ignorance and disease by publishing around two-hundred books and pamphlets on every subject from public health to patient mortality and military hospitals, not forgetting midwifery, and prostitution. She even found time to defend women’s right to education and work in a piece described as ‘the link between Wollstonecraft and Woolf’. The woman popularly remembered as a glorified nurse is now recognised as a pioneer statistician, identifying changes, predicting possibilities and mobilising the figures to back up her facts. In another innovation, she created ground-breaking graphical work in the presentation of information, re-inventing the pie chart among her other feats.

Despite the fluctuations of Nightingale’s disease, with its recurrent fevers, nausea, pain, breathlessness and heart palpitations, her productivity continued, and her influence only increased with the passage of time. She was called upon to advise and consult at the highest levels of government, tasked with carrying out a radical reform of the Army Medical Corps and administrating health programmes in British India at the height of the Empire. In 1883 her achievement was recognised when she was awarded the Royal Red Cross. In 1907 she became the first woman to receive the super-elite Order of Merit from Queen Victoria, the only British honour entirely in the gift of the sovereign and dictated only by the ruler’s personal choice.

Three years later, Florence Nightingale died peacefully in her sleep at the age of 90. The offer of a state burial in Westminster Abbey was politely refused, and she was buried in a quiet Hampshire church by the New Forest. Had she spent on self-promotion a fraction of the genius she devoted to maths and science, graphics and statistics, public affairs and politics, she would now be remembered as the astounding polymath she was, not as the nurse she never was, and the gloopy-droopy heroine of a syrupy lie.

As a final irony, when the first British super-hospitals were erected in April 2020 to deal with COVID-19 as the world’s then largest critical care nursing units in the world, what were they called? 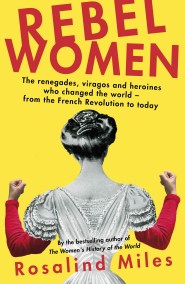