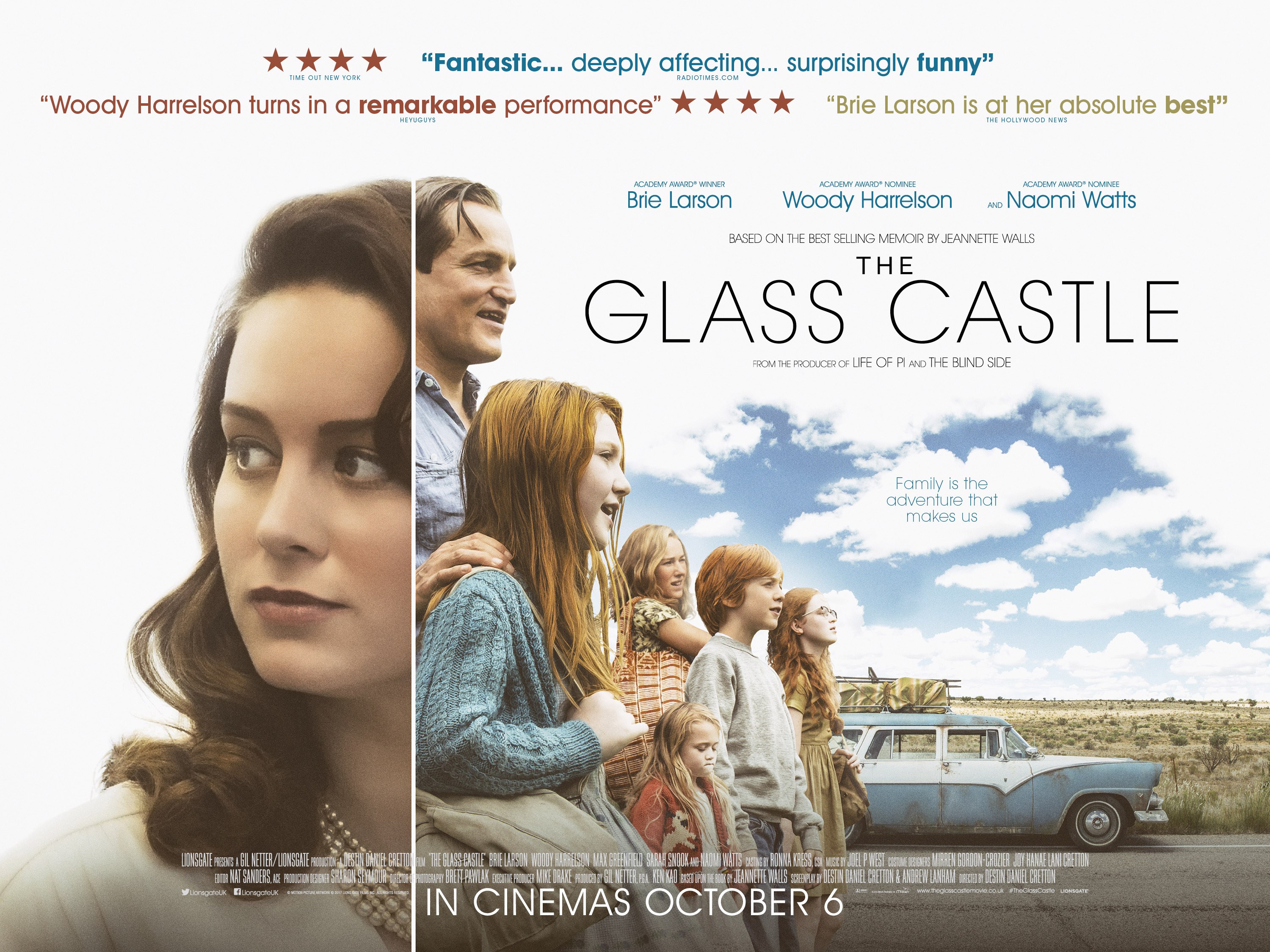 The adaptation of Jeanette Walls’ New York Times bestseller, The Glass Castle, will be in cinemas on October 6th.

Starring Brie Larson, Naomi Watts and Woody Harrelson, it is a startling adaptation of the heartbreaking story of a successful journalist’s journey from the deserted and dusty mining towns of the American Southwest, to an antique filled apartment on Park Avenue. At the age of seventeen she escapes on a Greyhound bus to New York with her older sister; her younger siblings follow later.

After pursuing the education and civilisation her parents sought to escape, Jeanette eventually succeeds in her quest for the ‘mundane, middle class existence’ she had always craved. In her apartment, overlooked by ‘a portrait of someone else’s ancestor’ she recounts poignant remembered images of star watching with her father, juxtaposed with recollections of irregular meals, accidents and police-car chases and reveals her complex feelings of shame, guilt, pity and pride toward her parents.

Brie Larson stars as Jeanette Walls as we discover the realities of her nomadic and adventurous childhood with her dreaming, ‘brilliant’ but alcoholic parents, played by Naomi Watts and Woody Harrelson.

If you’re planning on going to the cinema- make sure you read it first!

Our film tie-in edition is available from the 18th September via: Waterstones | Amazon | Foyles | Wordery