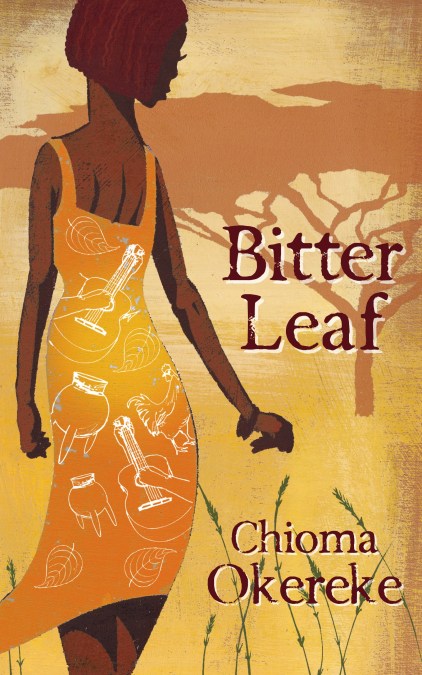 by Chioma Okereke
Bitter Leaf is a richly textured and intricate novel set in Mannobe, a world that is African in nature but never geographically placed. At the heart of the novel is the village itself and its colourful cast of inhabitants: Babylon, a gifted musician who falls under the spell of the beautiful Jericho who has recently returned from the city; Mabel and M’elle Codon, twin sisters whose lives have taken very different paths, Magdalena, daughter of Mabel, who nurses an unrequited love for Babylon and Allegory, the wise old man who adheres to tradition.

As lives and relationships change and Mannobe is challenged by encroaching development, the fragile web of dependency holding village life together is gradually revealed.

An evocatively imagined debut novel from a promising new writer about love and loss, parental and filial bonds, and everything in between that makes life bittersweet.