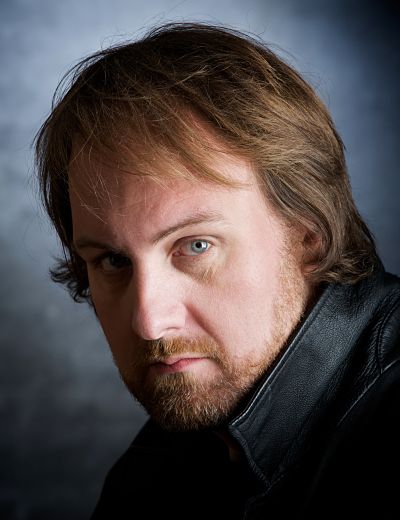 Gollancz, the SF and Fantasy imprint of Orion Books, has signed up the debut science fiction novel from ‘The Now Show’ star Mitch Benn after an impromptu exchange on Twitter.

The deal came about when the award-winning comedian and songwriter tweeted that he had time to kill in London and Gollancz Deputy Publishing Director Simon Spanton, who follows Benn on the micro-blogging site, suggested he should use that time to come by the Gollancz offices to discuss the SF novel ‘that you’re going to write for Gollancz’.

“I had no idea at the time whether he was even writing anything, let alone an SF novel,” said Simon. “He tweeted back saying ‘You’re on’. And we met up that afternoon. He said he was writing a novel. We talked about it and he followed up by sending the opening pages. I read them. Loved them, sent him an email, we met up again, he sent more pages and it went from there.”

Spanton bought world rights, including audio and film, in two books for a good five figure sum via Benn’s manager Ian Wilson. The first novel, tentatively titled Terra, will be published in 2013.

Terra is described as ‘a charming and hilarious fable’ and tells the tale of a girl who spends her childhood on an alien planet. She is taken there by an extra-terrestrial biologist sent to study the wonders of our planet (Rrth, as they call it) before humanity completely wrecks it. Humans are not trusted in the rest of the universe and no one can understand why they are so intent on destroying the only place in the universe we can call home.

During his visit, the alien accidentally causes a car crash and in the wreckage he discovers a baby girl. He decides she needs saving not only from the wreck but from her planet and her humanity. The book is about how alien people can be and how human aliens can be and how Terra’s humanity is, in the end, her greatest gift.

Best known for his regular appearances and contributions to the hugely popular The Now Show on BBC Radio 4, Liverpool-born Benn also appears regularly on various TV and radio shows. He has released seven music albums, his eighth album ‘Breaking Strings’ is due shortly, and performed his unique brand of comedy and music at Glastonbury and the Edinburgh Fringe Festival.

Simon Spanton said: ‘I’d always loved the laugh-out-loud righteous outrage of Mitch’s contributions to the Now Show. I had a serious ‘fan boy’ moment when he answered my tweet and it’s been lovely to discover a gentler side to his satirical humour in his novel. I can’t wait to let other people see it as well.’