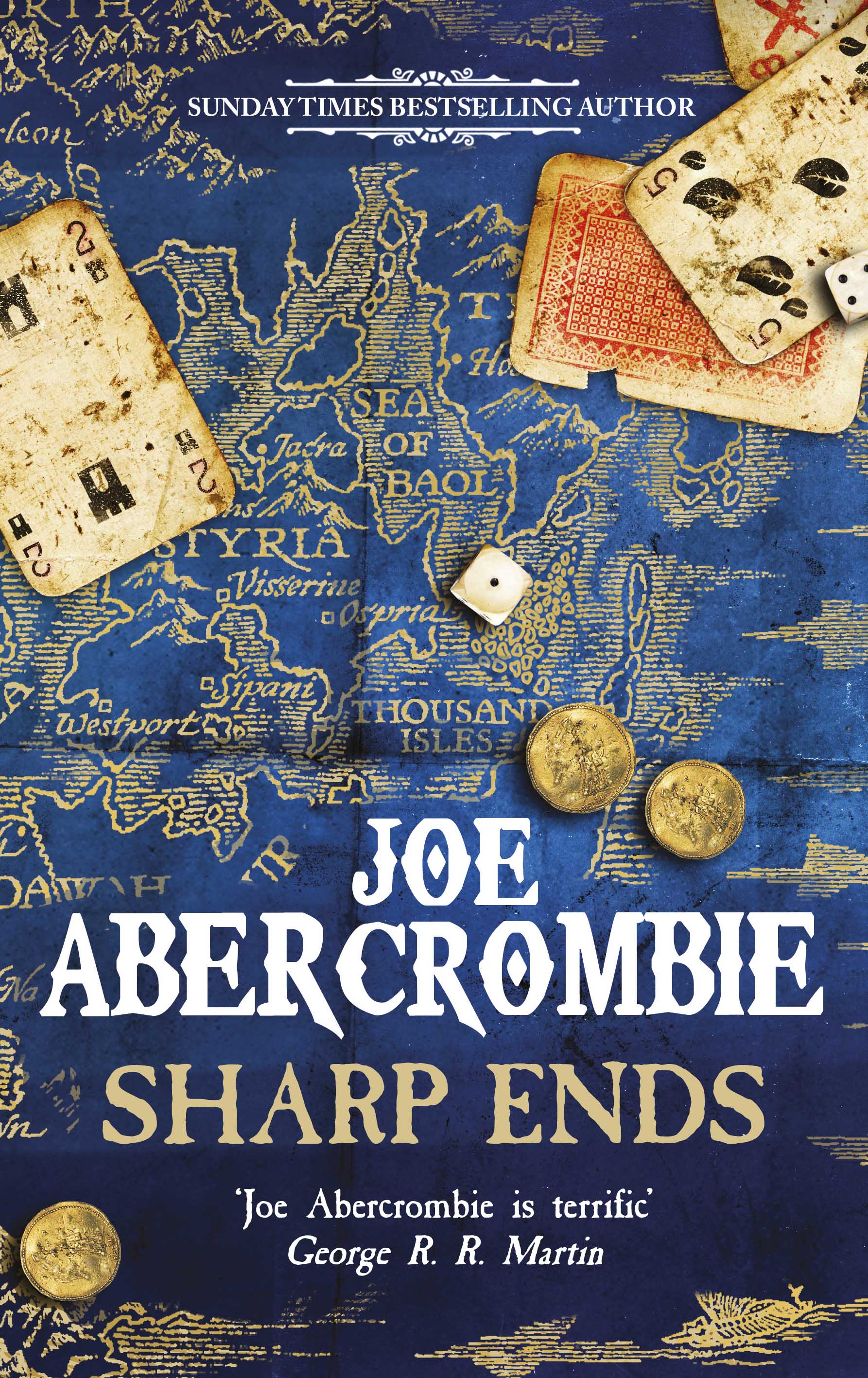 We are thrilled to able to reveal the stunning cover for Joe Abercrombie’s Sharp Ends. Violence, hope, murder and revenge – it must be the new bestselling, and award-winning, collection from Joe Abercrombie, set in the infamous The First Law Universe! The incredible cover was designed by Laura Brett with map design by Dave Senior.

The Union army may be full of bastards, but there’s only one who thinks he can save the day single-handed when the Gurkish come calling: the incomparable Colonel Sand dan Glokta.

Curnden Craw and his dozen are out to recover a mysterious item from beyond the Crinna. Only one small problem: no one seems to know what the item is.

Shevedieh, the self-styled best thief in Styria, lurches from disaster to catastrophe alongside her best friend and greatest enemy, Javre, Lioness of Hoskopp.

And after years of bloodshed, the idealistic chieftain Bethod is desperate to bring peace to the North. There’s only one obstacle left – his own lunatic champion, the most feared man in the North: the Bloody-Nine . . .

Sharp Ends combines previously published, award-winning tales with exclusive new short stories. Violence explodes, treachery abounds, and the words are as deadly as the weapons in this rogue’s gallery of side-shows, back-stories, and sharp endings from the world of the First Law.

Sharp Ends will be published in hardback, eBook and audio download on the 26th April 2016.

And the winner is . . . The Running Ones, by Sophie Mackintosh.