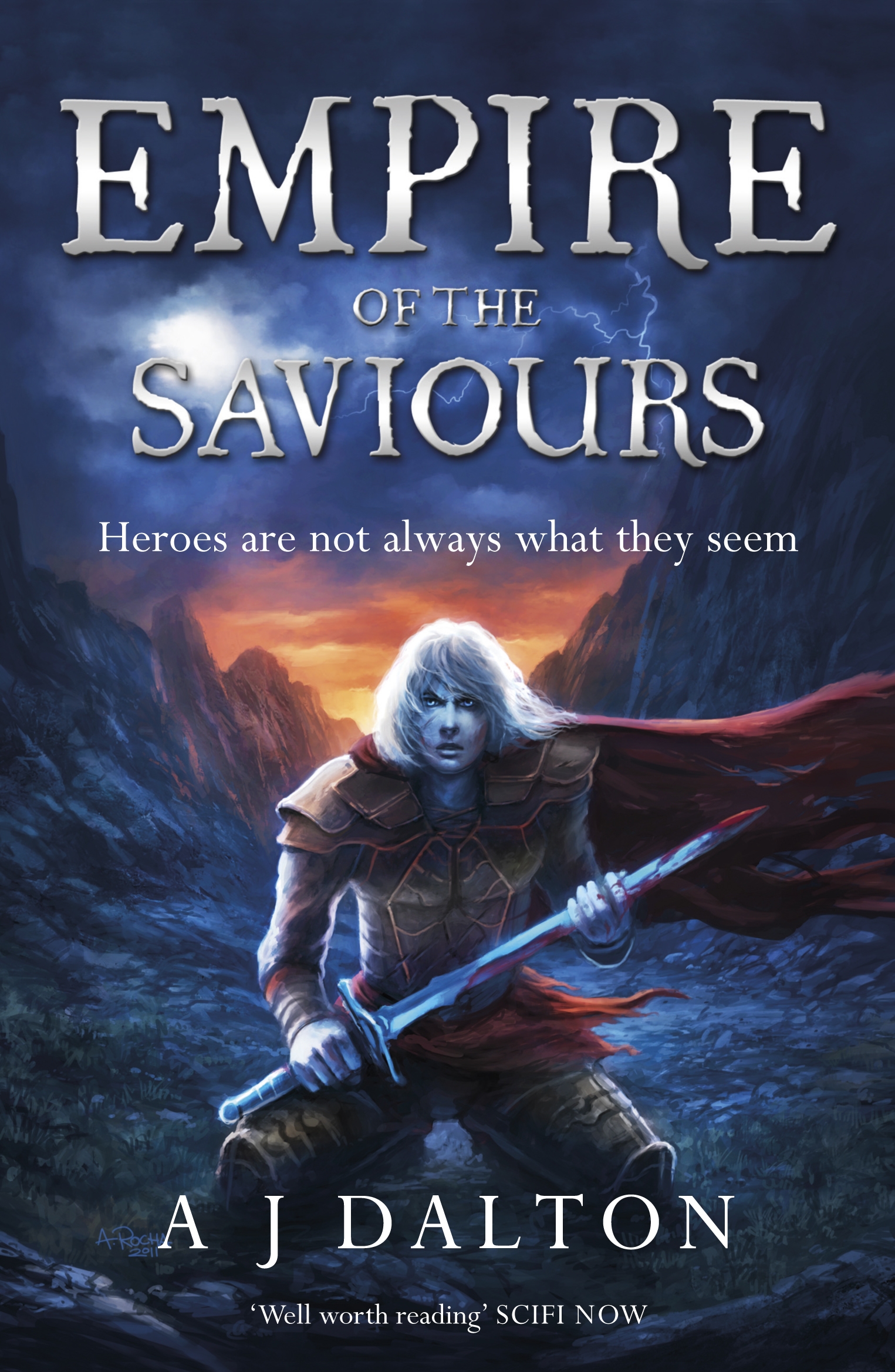 So I’m editing the third of AJ Dalton’s fantasy trilogy at the moment (it’s very very good) and, as always, I had a quick skim through the first two books beforehand, to make sure I remembered who everyone was and where they’d been and so on. Now, let’s be honest here – I commissioned the books (they were one of the first two things I bought for Gollancz) – so I’m unlikely to suddenly turn around and say I don’t like them. But, honestly, I was reminded of just how good they are, and why I made the offer to AJ in the first place. Empire of the Saviours starts off as what you think is going to be a fairly traditional fantasy – young boy, small village, dull-to-unhappy life, hidden mystical powers, that kind of thing – but then takes a swerve into its own complex, complicated and deeply enjoyable territory.

In the Empire, the people are protected by the Heroes and the Saviours – troops of hardened fighters and the god-like beings who lead them. Outside the protected boundaries, the pagans and the Unclean live – constant threats to the safety of the people. Everyone knows that the Saviours are the only defense against the pagans, and children are bought up to worship their power and presence.

But in one small village, a young boy commits a terrible act with magical powers he should not have, and flees into the wilds. There he will meet a pagan and a young woman encased entirely by rock, and will discover that everything he has been led to believe is false. But just because something is false, does that necessarily mean that it’s wrong?

What I like about the books above all else (and I do like the characters and the plotting and all that, of course) is the skill with which AJ can switch from full-on body horror to comedy to romance to epic battle, often within a few sentences. It’s very disorientating at first – fiction isn’t really supposed to do that, especially not traditional fantasy. But it works, because life has a tendency to change genres without warning. Book two (Gateway of the Saviours, extract here) takes us even further away from the epic fantasy we expected from the early chapters of the series, and I’m pleased to say that so far, the final volume – Tithe of the Saviours – is shaping up to be the best of the lot. These books aren’t for everyone, I suspect –then again, what book is? – but I highly recommend giving them a go.

You can read an early chapter from Empire of the Saviours here.

Let us know what you think in the comments, and if you’ve already read them, please feel free to chip in!